I have to admit, a few weeks ago I believed that this election would result in a parliament very much like the last one. Liberal, Tory, same old story.

How wrong was I.

The NDP are on track to nearly triple their 2008 seat count. The Bloc Québécois has been crushed to just 3 seats. And Elizabeth May looks poised to win Saanich-Gulf Islands. There are, of course, lots more newsworthy stories coming out of this election, but I want to focus on these three.

I’ve got the election updates from Sun TV playing in the background, and they don’t even have pictures of many of the NDP candidates. David Akin, upon seeing that “default avatar” was in the lead for a significant number of Québec ridings, exclaimed with a baffled tone, “Who are these kung-fu-karate-socialist-commie-separatists!?” I think it’s safe to say nobody was expecting the NDP’s late-campaign surge to be quite so big. All I can think of is Ignatieff’s snarky comment during the English leaders’ debates that Layton would never be in government. And now Ignatieff is probably going to lose his riding.

As for the BQ, most of their support drifted to the NDP once Layton promised to reopen the constitution. For the past 20 years, the nagging question of separatism has dogged federal politics in Canada. That threat has now lost a lot of its bite. The Bloc will not even be recognized formally as a party (you need 12 seats to do that). That means they get no time to ask questions during Question Period, no formal recognition in the proceedings of parliament. That in itself is a shocker.

That brings me to Elizabeth May. I was a little let down when the first poll results started rolling out, because the Green popular vote is hovering around 3.5% nationally - about half of what it was in the 2008 election. The NDP surge has served to unite the left in a way, at the expense of smaller parties. So it’s remarkable that Elizabeth May is staying ahead of Gary Lunn in Saanich-Gulf Islands. What this means is legitimacy for the Green Party. Representation in the House of Commons, no matter how small, is the first step in our new multi-party reality. We need to be prepared for more Canadians to vote with their hearts and to elect representatives from smaller parties. And of course, more MPs coming from smaller parties, elected by people who really believe in them, is my political fantasyland.

A parting thought: what with all this change, I don’t expect parliament to become more respectful or civil. But I do expect fewer circular arguments and more fiery, divisive, policy-driven debate. I have the feeling we’re going to start talking about real issues in this country. And I think that’s a good thing.

Thank you, Sam Nabi, for watching Sun TV so I don’t have to. Yes, I find it funny they’re missing pictures of most NDP candidates. 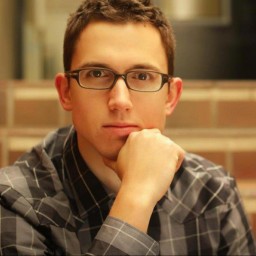 I’m glad Elizabeth May might win her seat, the green party needs some legitimacy. They actually have a platform now and it would be nice to see them make some headway.