No such thing as a free appetizer

Melissa is blogging about our travels too! Check out her posts at mstockton.tumblr.com.

Melissa and I have been living out of our backpacks for the past week or so as we play hopscotch from continent to continent. Now, after a few days in Casablanca, my internal clock has adapted and my mind is transitioning away from vacation mode. But before I get to writing about Morocco, I want to talk about the places in between.

Booking the cheapest available plane tickets to Casablanca meant starting our trip with a two-day layover in Lisbon, Portugal. We stayed in the hip Barrio Alto district, where the view outside our hostel was absolutely stunning.

The view from the gardens at Rua Sao Pedro Alacantara. See more photos on my travel page.

Lisbon is a tourist’s dream. It had the impression of being well worn-in, like a favourite pair of old shoes. It’s a city that seems more concerned with maintaining its historic character than reinventing itself – and I mean that as a compliment. Whether for the sake of pride or tourism or nostalgia, Lisbon has gone to great lengths to preserve its old city centre.

When I say historic character, I’m not talking about grand and ancient monuments or cathedrals (though they are well-preserved). I’m talking about things like the white cobblestone sidewalks that are a distinctive part of Lisbon’s streetscape. Outside some of the older buildings, shop names are inlaid with black stones on the sidewalk in front of their respective establishments. This is a nice bit of flair that helps to give Lisbon a cosy, small-town feel.

But it’s not just centuries-old bookstores and cafes that get this special sidewalk treatment. I was amazed to see the same style of black stone inlay outside a seafood restaurant that was established in the 1970s. For a city as old as Lisbon, that’s not too long ago. When vinyl and formstone were the building materials du jour in North America, when inner-city freeways were destroying neighbourhoods and urban renewal was in full swing, a small seafood restaurant opened in Lisbon, and its cobblestone sidewalk was carefully reassembled to feature the restaurant’s name, as had been done for hundreds of years.

White cobblestone sidewalks, sometimes with designs or shop names inlaid in black stone, are a distinctive part of Lisbon’s streetscape.

One building near our hostel had been completely renovated, inside and out. However, other than the construction equipment visible through the open windows, it was nearly indistinguishable from the surrounding buildings. Intricate tilework and small balconies with wrought-iron railings – the same architectural style that has defined the city’s streetscape for generations. It’s a new building, but its architecture respects history to the letter.

On our first day in Lisbon, after unloading our luggage at the hostel, we wandered over to a nearby cafe for lunch. We were pleasantly surprised when the waitress brought out a basket of bread and olives for us to sample while we waited for our meal. They were delicious, but little did we know that this pleasant surprise wasn’t free. At €1.50 per slice of bread, and a few Euros more for the olives, the cost added up quickly on our final bill. It just so happens that unlike the unlimited free bread at many North American chains, restaurants in Lisbon have a “don’t eat, don’t pay” policy (which the waitress declined to inform us of).

In the following days, we would be tempted many more times by what appeared to be compimentary appetizers. This ruse was not only limited to bread and olives; we were even presented with a plate of assorted local cheeses and fish cakes at one restaurant. We declined that one, as it was the third such appetizer that the waiter had brought to the table, setting it down with a suggestive smile.

However, these seemingly free appetizers were nothing compared to the tourist trap that is Fado music in Barrio Alto. Fado is a traditional genre of folk music in Portugal, characterised by romantic tales of woe and longing. Barrio Alto is home to a vibrant nightlife scene, but the Fado venues there have a cover charge upwards of €25, with €10 glasses of wine once you’re inside.

Thankfully, we consulted with one of the hostel staff, who steered us towards a different neighbourhood known for Fado, one where the venues wouldn’t charge cover and where local amateurs perform alongside career musicians. On his advice, we headed towards Rua dos Remédios, at the end of the metro line.

The street was deserted, strewn with litter, but we could hear the forlorn wailing sounds of Fado music leaking out from a few bars. Despite the vacant street, each venue was packed to the gills – we ended up on the doorstep of one of the bars, craning our necks along with the other people who couldn’t get a seat, to catch a glimpse of the musicians. It was beautiful.

We flew out of Lisbon on Saturday morning, stopping in the Madrid airport for an 15-hour layover before continuing on to Casablanca. Drinking vending-machine espresso, brushing my teeth at 2AM in the airport bathroom, and sleeping on departure-lounge benches… I felt like I was in a remake of The Terminal.

When we arrived in Casablanca, we took the train from the airport into the city, then a taxi to Hôtel Centrale, a hotel in the old medina that has apparently been in operation since the French arrived to colonise Morocco.

The public square outside our window was lively at all hours of the day and night – motorbikes rumble through the area, young children play with soccer balls, merchants hawk their wares, and people meet, sit, and chat at the cafes. Sometimes there’s even impromptu music:

Like in Lisbon, the restaurants here will bring out a plate of bread and olives. Like in Libson, it’s not free – but at least we know that now.

The cuisine here is delicious, though. On our first night, we enjoyed a tajine, mint tea, an assortment of moroccan salads, and of course, bread and olives, at a restaurant called Sqala, located inside an old fortress that looks out onto the sea.

I don’t know if I’m going to be able to get over the sweetness of Moroccan mint tea – it’s delicious, but honestly, sometimes it tastes like I’m drinking warm Kool-Aid. Just in case the tea isn’t sweet enough, some cafes will give you a couple packets of sugar that you can add to your shot glass-sized cup of tea.

After my first few days here in Casablanca, I’ve noticed that the muezzin’s call to prayer is not nearly as loud as the constant din of motorbikes and car horns. Traffic is chaotic, and overwhelming at times. It’s hard to shake the low-level anxiety that walking around this congested city brings. But after all, I’m still a tourist. As I get to know Casablanca better, the overwhelming will become the familiar. And next time I write about life in Morocco, I’ll be writing about my new home.

Awesome narrative &amp; pics. enjoy! Overnight in the airport reminded me of the time we played football with a roll of toilet paper to pass time lol. You are a seasoned traveler and it shows :) 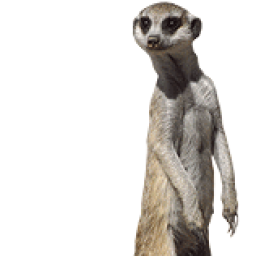 Loved the descriptions and details about this adventure the two of you are sharing. Please keep updating and posting when you can make time.