Tweet from the address bar in Chrome and Firefox

Update (8 March 2014): The original title of this post was “Tweet from Chrome’s address bar”. I’ve updated it to include Firefox, which supports the same functionality.

I love keyboard shortcuts. There’s something satisfying about shaving off precious seconds from routine tasks, even if they are as trivial as sending a tweet.

Chrome has had the ability to add custom search engines for a long time - but I recently realised that you’re not limited to search engines, per se. Any URL that accepts variables will do. Take, for example, the URL to send a tweet. Here’s how to set it up.

Now, you can type “t <space>” to start composing a tweet inside your address bar. Hit enter to continue, or Cmd-Enter (Ctrl-Enter for Windows) to continue in a new tab. You’ll see this page if you’re logged in:

With Firefox, you can set up this same behaviour by adding https://twitter.com/intent/tweet?text=%s as a new bookmark. Just like in Chrome, set a keyword like ‘t’ to precede your tweet.

Unlike Chrome, Firefox doesn’t include the word “Search” before the preview label.

The cool thing is that Twitter will shorten any URLs you include before you hit “Tweet”, so you can still make the most of that sweet sweet character limit. 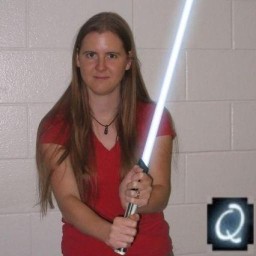 Thank you for this! :) This is very helpful, and I like how it goes to the twitter “new tweet” page, giving a chance to preview before posting. Too bad Chrome defaults to thinking we’re actually doing some kind of search, so it says “Search Tweet” in the prompt, but once you get past that it’s great.